Here’s a brief summary of the motivations behind the change and what it means for current and new Eclipse Che users. 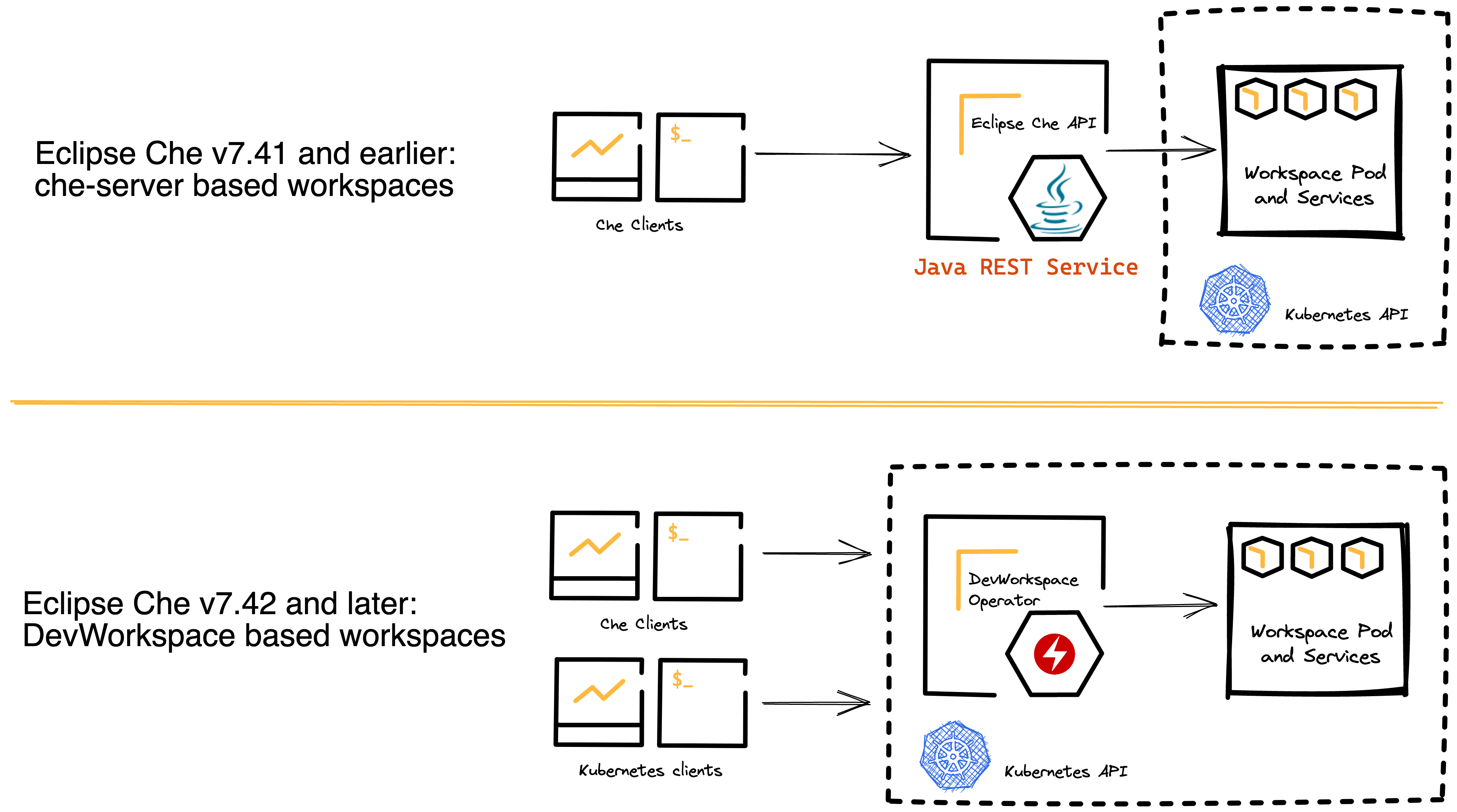 This represents a major architectural update with several benefits. Here are just a few of them:

Because it was not previously possible to have more than one instance of the che-server running at the same time, a rolling update strategy was not an option. Every update caused a few seconds of non-availability.

The new workspace engine has a single responsibility: to manage workspace resources. It's decoupled from developers’ IDEs and from Eclipse Che server-side components. Communications between components happen asynchronously using Kubernetes ConfigMaps and Secrets objects, rather than a REST API.

The new workspace engine was written from scratch, which gave us the opportunity to address some of the main issues previously reported by our users. The DevWorkspace Operator features:

Changes for Administrators and Users

The switch to the DevWorkspace Operator introduces changes for existing Eclipse Che users and administrators.

If you’re an Eclipse Che administrator:

If you’re an Eclipse Che user:

Get Eclipse Che With the DevWorkspace Operator

Eclipse Che v7.42 and higher include the DevWorkspace Operator and require Kubernetes v1.19 or higher. You can install the software from the OperatorHub or by using the chectl tool from the command line interface.

Note that if you’re using an Eclipse Che version prior to 7.42, you won’t be automatically upgraded, so you’ll need to do that yourself. See the links below for instructions.

For more insight into Eclipse Che and the DevWorkspace Operator, check out the following resources: Mario Loriedo is a software engineer and architect at Red Hat. He works on container-based developer tools to accelerate software development. He is the technical lead of the open source project Eclipse Che and has been a speaker at conferences such as KubeCon, LinuxCon, JavaOne, and FOSDEM.

Learn how Eclipse Theia innovates on the lessons learned from the last 20 years of work on the Eclipse Platform and RCP.